Two prop bet shows I like:
‘Prop bet’ w/ Gavin Smith and Joe Sebok – a little archived web series on rawvegas.tv. They had a few funny, generally drunken, degenerate activities. It was raw, poor quality, but real and entertaining. Now the duo are on to other things, namely Pokerroad.

‘I Bet You’ w/ Antonio Esfandiari and Phil Laak on Mojo – a more professionally produced series, most of the time entertaining. Sometimes gets a little scripted and feels like even Antonio and Phil don’t care – but they are good characters to be sure.

Now a big network, searching for an idea – wants to tap into gambling… launches Wanna Bet? Which is a show that has been aired in several international countries (and logic would assume has had success in those markets) Starring some C-list celebrities, playing with ‘pretend money’ for charity. The charity bit is commendable, but the show sucks. They are betting on whether or not random joes can perform a certain act under a given set of conditions. The first act of the show premiere – hulahooping a 50lbs semi truck tire for 45 seconds. 3 of the 4 judges correctly ascertained this guy wouldn’t be able to do it. The funny part is the betting. The 1 guy that got it wrong bet like 1/2 his pretend stack. 2 of the others bet 10% of their stack (probably a reasonable sum for the strategy), and the final guy bet 0.5% of his stack…boring.

It seems to me that good ideas get lost in big companies most of the time. Perhaps it is because of the decision by committee stuff that is talked about throughout business books/magazines/blogs. No one wants to really stick their neck out, so they seek approval. That way the whole committee is accountable, keeping your middle management, producer, marketing, whatever job safe. It also leads to watered down, boring, bland ideas most of the time.

Maybe we are all just a bunch of: 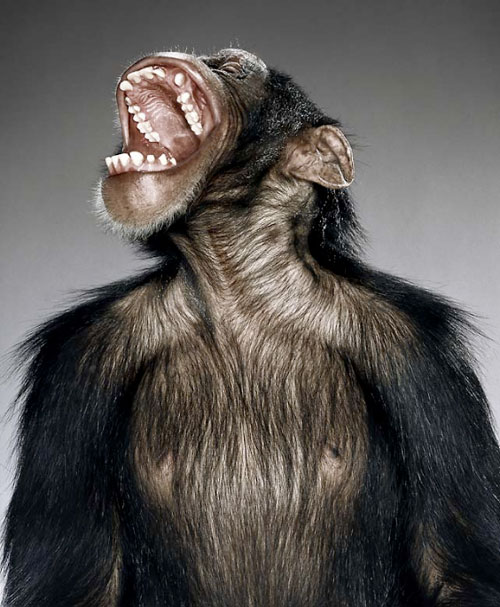 This entry was posted on Tuesday, July 22nd, 2008 at 1:19 pm and is filed under Poker. You can follow any responses to this entry through the RSS 2.0 feed. You can leave a response, or trackback from your own site.